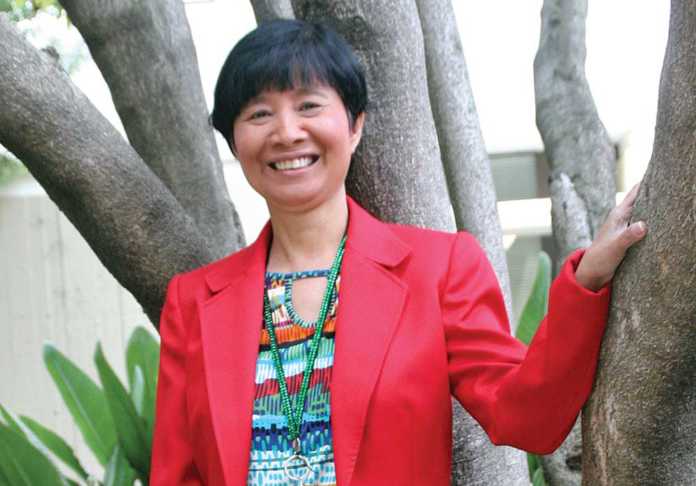 Since Assistant Superintendent of Human Resources Chona Killeen started her position ion July 1, she and her department have hired more than 100 new teachers.

The Pajaro Valley Unified School District in early August was still looking for 22 teachers, a number that was shrinking as candidates came in for interviews less than a week before classes resumed, Killeen said.

The number is down from about 200 vacancies four weeks ago, said interim Assistant Director of Secondary Education Terry Eastman.

That is no surprise in PVUSD, which employs hundreds of teachers, Eastman said.

“In a district this size you’re going to have openings all the time,” she said.

Killeen came to PVUSD from Coachella Valley School District (CVSD), where she served as assistant director of human resources. She replaced Ian MacGregor.

Eastman, a former PVUSD principal, came out of retirement to serve as Assistant Director of Secondary Education. She replaced Ken Woods.

“This is the kind of community where I belong,” she said. “I did my research before selecting a school district to work for.”

Killeen immigrated from The Philippines in 1972 when she was “a baby,” and grew up in a socioeconomically disadvantaged community in Southern California.

Killeen graduated from her high school as valedictorian and then attended UC Los Angeles, where she majored in history. She then went to Southwestern Law School in Los Angeles.

She worked as a law clerk and then practiced in a firm that specialized in immigration law and personal injury. She became disillusioned when the firm took on divorce cases, where children are often thrust into contentious battles.

That cemented her desire to become a teacher, she said.

“I love teaching,” she said. “There were teachers and administrators and counselors who made a difference in my life, and I want to do the same for the kids.”

All of this, she said, was the ideal preparation for her newest role.

“Of all the jobs in the world, HR is the perfect place,” she said. “I can combine my legal experience with 30-plus years in education to find that sparkling person who truly deeply cares about kids. And if you can put them in the right place, and if they can rock and roll with the kids, that what it’s all about.”

Despite her high-level position in the district’s Green Valley Road headquarters, Killeen said she plans to stay involved in the classrooms.

“In HR you don’t want to be here just pushing paper,” she said. “That’s not me.”

While most schools are fully staffed, Killeen said that PVUSD is in the same bind as districts statewide: finding math and special education teachers.

There is also a shortage of substitute teachers throughout California, she said.

The teachers’ union and the district have found themselves at odds during negotiations, which frequently grow contentious.

Teachers claim the district historically understates its projected ending balance, and that the money should be used for raises.

The district counters that year-end balances frequently come from one-time monies, and cannot be used for ongoing raises. The district also says that it needs to keep a reserve as a cushion against financial troubles.

The teachers’ union has also said that several of their peers have left for districts that offer higher salaries.

But most people who left the district did so for health reasons, and many others left for family reasons or to relocate, Killeen said.

Few, however, left because of low pay, Killeen said.

“We’re not even in the double digits of people who cited salary a reason,” she said.

Killeen she hopes that her new perspective will help yield positive results when negotiations resume. She added that she hopes employees will bring questions and concerns to her.

“I’m coming in with a fresh set of eyes,” she said. “Hopefully there is something there, and some alternative ideas. I welcome what the teachers have to say. What we want at the end of the day is, we’re here for the kids.”