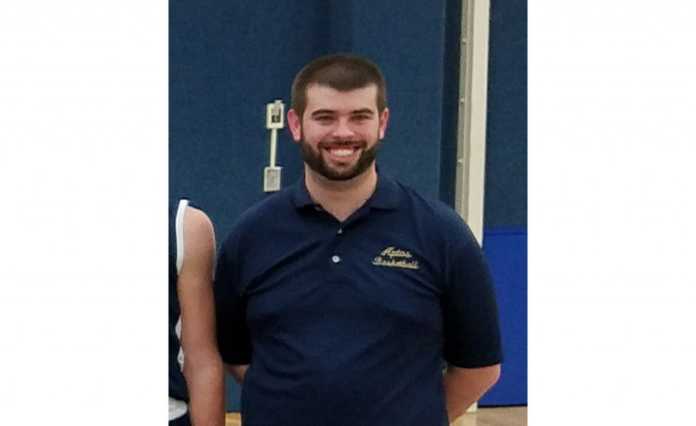 The way Chris Grieves sees it, the basketball boom at Aptos High is just getting started, and saying that he’s excited to be a part of it, would be an massive understatement.

“It’s going to be fun to see what we can do this year and for years to come,” Grieves said.

Grieves, a 2009 Aptos graduate, has been hired as the new girls basketball coach, he confirmed with this newspaper on Monday evening.

His father, Chris Sr., has been the director of the Aptos Youth Basketball Association for at least the last 15 years, and his brother, Nick, is a former college and pro basketball player who now helps elevate local talent with coaching and exposure.

“I grew up in Aptos and this community means a lot to me,” Grieves said. “There’s honestly no other school where I would want to be doing this.”

Grieves takes over for Stefan Hocom, who stepped down after four years at the helm. Hocom posted a 78-36 overall record in that time and helped the program win its first Santa Cruz Coast Athletic League title since 2001 and its first Central Coast Section championship since 1983.

Hocom called it a “great hire.”

“I’m happy that he’s stepping in,” Hocom said. “He’s a great guy and he comes from a great family… They have deep roots in Aptos and I know he’s going to be all-in.”

Hocom’s daughter Hannah, who was named the SCCAL M.V.P. last season and will be entering her senior year this winter, will lead the Mariners’ talented crop of players, which have gone 52-10 over the last two seasons. In total, Aptos will return 10 from a roster of 11, including 6-foot-1 big Natalia Ackerman and playmaking point guard Gabby Guiffre.

The Mariners will also play one of the toughest schedules in the CCS leading up to their SCCAL title defense. They are set to participate in the Marin Catholic Wildcat Classic, Presentation Shootout and West Coast Jamboree — three tournaments that will feature some of the top teams in the state and nation.

Grieves said he would like to run a free-flowing, pass-first offense that allows the girls to attack defenses in multiple ways. He wants to do most of his work in practice, and let the team work through the challenges on the court together.

“I like to let the kids play,” Grieves said. “I want them to be able to make the decisions on the court for themselves and not have to look at coach every time they dribble up and down…The main thing with me, is I want the girls to actually have fun while they’re playing.”

Grieves said he was “born” into the game of basketball and hasn’t been able to shake the game ever since.

He played two years of varsity basketball for Aptos under longtime coach Joseph Smith and helped the Mariners win a pair of SCCAL titles in ’07-08 and ’08-09.

Grieves went on to graduate from Cal Poly-San Luis Obispo with a degree in biomedical engineering before returning home to work in his community and coach at his alma mater.

“I talked it over with my family and they told me if I wanted to be a head coach, this is the job to take,” Grieves said. “I’m excited for the opportunity.”