WATSONVILLE—Santa Cruz County Behavioral Health Services showed off its new South County facility Friday, a building that has allowed the agency to more than double its space and bring an expanded offering of mental health services to the Watsonville area.

The building at 1430 Freedom Blvd. has been in operation since September.

The event drew dignitaries from around the county, serving as a ribbon-cutting ceremony and a chance for curious attendees to tour the facility.

Health Agency Assistant Director Marc Pimentel said the new facility – and the financial investment into South County – is one of the most important investments in health services the county has made in a long time.

“It’s a new day for us at the Health Agency,” he said. “It’s really exciting to bring that to Watsonville.”

That idea is underscored, Pimentel said, by the importance of mental health in overall health.

“More than 50 percent of what people get sick from can be attributed to some form of mental health issue,” he said.

The new facility more than doubles the space to 13,000 square feet, and increases the number of offices from 12 to 44. The building has also doubled the amount of psychiatric space, Eslami said.

The available services include homeless outreach, substance abuse services, programs for both adults and children and walk-in crisis help. It also offers for the first time in Watsonville mobile response services for mental health emergencies for adults and young people, Eslami said.

“This facility has given us the opportunity to provide equitable services similar to North County,” she said. “We’ve been able to enhance our service delivery down here.”

In addition, the new building has a more welcoming feel for its clients, Eslami said.

“This is really making sure we have an impact for our clients,” she said.

According to Behavioral Health Director Erik Riera, the project cost $7.5 million, one-third of which came from a grant from the Central Coast Alliance of Health.

“We consider our new building more than just a physical space,” he said. “It’s a space that rebuilds peoples’ lives. It’s a space where adults, children and families have new beginnings.” 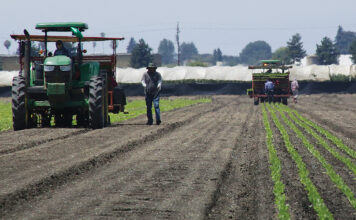