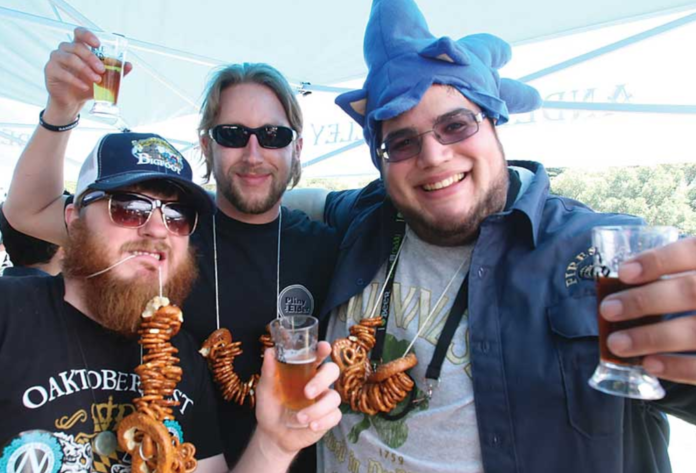 APTOS — The seventh annual California Beer Festival Santa Cruz returns to Aptos Village Park on Friday for a three-day event that brings dozens of craft breweries and food vendors to one location.

This includes Elkhorn Slough Brewing Co. and Seabright Brewery. Santa Cruz Aleworks will be there, as will Firestone Walker Brewing Company.

The Michael Jackson tribute band Foreverland will be one of five bands providing entertainment through the weekend.

“California Beer Festival’s main goal is to shine a light on the craft beer movement and celebrate great beer,” said Festival Producer/Creator Vincenzo Giammanco, a Santa Cruz native. “For all those new, and familiar to the craft beer scene, this event is an opportunity to drink amongst the true connoisseurs of beer and gain insight of all things craft.”

A portion of the proceeds will benefit the Gen Giammanco Foundation, a nonprofit organization that provides financial support to student athletes in Santa Cruz County.