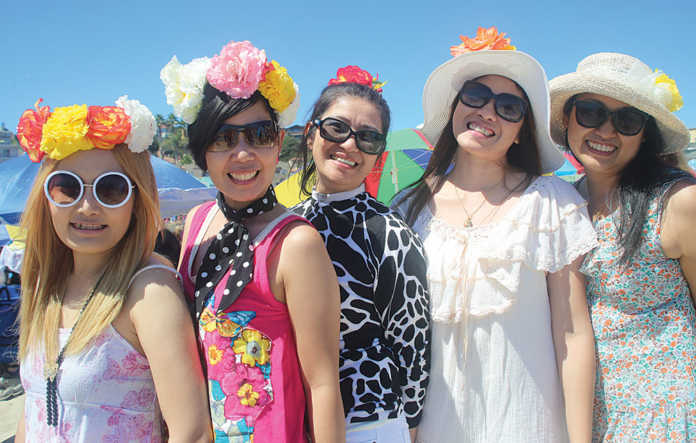 CAPITOLA — What started in 1991 as a way for their children to ride on a begonia-covered float down Soquel Creek has turned into a multigenerational affair for the neighbors of Riverview Terrace.

Now, the Riverview Terrace Bunch are gathering one last time to construct their float for the 65th and final Capitola Begonia Festival, taking place Sept. 1-4.

“We are so happy that we got to participate,” she said. “We are also so said that it’s going to be the last one. We hope something will continue.”

In January, the Capitola Begonia Festival committee announced that the 2017 iteration of the festival will be the last. Golden State Bulb Growers, which grows the begonia blossoms in Marina, is retiring from the business of growing begonias, but agreed to donate the blossoms for the festival for one final time.

In 1991, a number of families of Riverview Terrace got together to construct a float that their young children could ride on. That year, their float resembled a Hobbit house, while the children dressed as the small fictional characters.

The group has participated a number of times throughout the years, but one thing has always remained a constant.

“It’s all about the kids for us,” Robinson said. “We do it for the kids. We have a wonderful time with all the families getting together.”

Now, those children who dressed as Hobbits in 1991 have gotten their own children involved in building the group’s float.

“It’s the next generation,” Robinson said.

This year, the Riverview Terrace Bunch will debut a float modeled after a carousel, complete with cut-out figures of sea creatures on board.

“We think it’s going to be very big and beautiful and colorful,” she said.

The four-day Begonia Festival, themed “Begonias Take a Bow” and held during Labor Day Weekend, will feature a horseshoe tournament, a fishing derby, live music, activities with begonias and more, capped off with the Nautical Parade, where begonia-covered floats drift down Soquel Creek.

On Aug. 24, the Capitola City Council proclaimed the tuberous begonia as the official city flower.

“This year’s festival is dedicated to the begonia growing families that invited us to enjoy the spectacle of their begonia growing fields, the grandeur of lath houses filled with flowering plants and the precious opportunity to pick begonia blossoms for our events,” said Begonia Festival President Laurie Hill. “All of this will be deeply missed.”

For information and a schedule of events, visit begoniafestival.com.