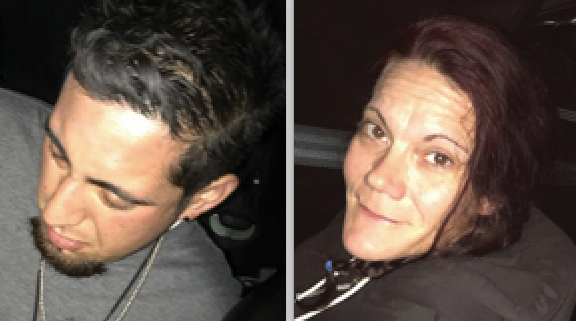 Santa Cruz County Sheriff’s deputies on Monday arrested two people suspected of breaking into a home while the owner slept inside.

They were booked into Santa Cruz County Jail in lieu of $25,000 bail, jail records showed.

According to Santa Cruz County Sheriff’s Sgt. Dee Baldwin, residents in a home on the 190 block of Meadow Court called 911 to report someone was burglarizing their home.

Deputies responded and found a male and female inside a portion of the home and actively stealing items.

Both were caught after trying to run. They were found with numerous pieces of stolen property identified by the residents.

Deputies also found the couple’s vehicle, which they had gotten stuck in the mud at the rear of the property.

That vehicle, which had stolen license plates from a vehicle in Campbell, was itself stolen. Inside the vehicle were additional items suspected of being stolen from within homes or vehicles, Baldwin said.

Anyone with information is asked to call the Santa Cruz Sheriff’s Office Investigation Division at 454-2311, or the anonymous tip line at 454-2847.