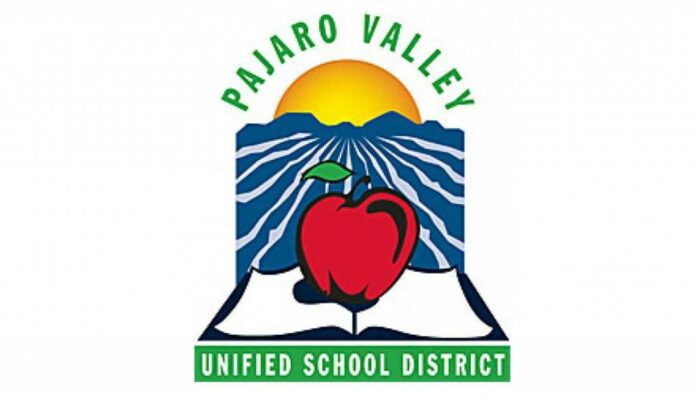 APTOS—This is the second of two articles showcasing the candidates vying for seats on the Pajaro Valley Unified School District Board of Trustees.

With four seats up for election, two went uncontested. Daniel Dodge Jr. and Jennifer Holm will be appointed to their positions next later this year in lieu of election.

De Serpa has served on the board since 2010, just after recession-era budget cuts forced previous trustees to make drastic reductions to programs and services districtwide.

Many of those cuts have since been restored, not the least of which are art and music programs, which have made their way back to classrooms and after-school programs.

“I feel good about that, because that’s one of my initiatives,” she said.

Reading scores are improving, De Serpa says, and the district is wrapping up a multitude of facilities improvements thanks to Measure L, the $150 million bond measure approved by voters in 2012.

De Serpa, who campaigned in favor of that measure, says she wants to continue her work on those and other issues.

“The main reason I’m running again is that the district has made so much incredible progress, particularly in the last six years, and I would like to continue that forward momentum on behalf of the students and their families,” she said.

This includes numerous HVAC and roofing projects throughout the district thanks to Elementary and Secondary School Emergency Relief funds, she says.

“We know if kids can’t read by the fifth grade, they are never going to read,” she said. “So this early literacy she has pushed is very important to these kids’ success.”

Additionally, the district boosted its statewide academic ranking from the third to the 50th percentile, she said.

De Serpa also points to the District’s partnership with the Youth Cinema Project, a program created by actor Edward James Olmos to bring filmmaking into schools.

“It’s giving these kids another avenue toward success, where they can see themselves doing these things in the future,” De Serpa said.

The district is also set to open a culinary program at Starlight Elementary School, complete with a garden and industrial kitchen created by celebrity chef Emeril Lagasse.

De Serpa is a Licensed Clinical Social Worker for Salinas Valley Memorial Healthcare System. As such, she says she places an importance on health and wellness for students and their families.

She recently voted in favor of increasing the numbers of mental health professionals districtwide, and supported funding coach positions and sports programs.

“When you take the district’s progress as a whole, I don’t want to see that go back to the way we were,” she said.

De Serpa has been endorsed by the Monterey Bay Central Labor Council.

The Pajaro Valley Federation of Teachers was poised to endorse her as well during a Sept. 9 candidate forum, but the union members deadlocked during the subsequent vote, meaning that neither candidate for Trustee Area 1 earned an endorsement.

With budgetary concerns always at the forefront of any district governance, De Serpa says that any available money in the budget should go toward school employees.

“Any time our budgets improve, my goal is to give as much of the money that comes in to teachers and staff, because I am trying to retain the best and the brightest for our kids,” she said.

She says she has only missed two meetings in her 12 years on the board, during which she has served as President four times.

De Serpa serves on the Pajaro Valley Prevention and Student Assistance Board of Directors, and on the District agenda setting committee. She also serves on the Santa Cruz School Boards Association. She was named Woman of the Year in 2021 by the Watsonville International Women’s Day Coalition.

If reelected, De Serpa hopes to tackle the district’s teacher shortage by looking into workforce housing.

“We know it’s impossible to live here on a new teacher’s salary, and it’s making it very difficult for us to recruit new teachers and administrators,” she said.

She also wants to complete the long-awaited auditorium at Pajaro Valley High School.

“That’s something I would like to deliver in the next four years,” she said.

“While this job is often thankless and occasionally painful,” she said, “there is not a board meeting that goes by that I’m not grateful to be there and have a voice on behalf of our community. I think I’ve brought stability, integrity and common sense to the board. And I feel very proud of the work that’s been accomplished.”

Schwartz owned her own mid-county landscaping and maintenance business for 25 years, during which she managed all aspects of the business including personnel and budgets, all of which she says has prepared her for the board position.

She recently sold her business, but still operates the design portion.

Schwartz has lived in Santa Cruz County since 1982. She has volunteered as a docent at Evergreen Cemetery and at the Santa Cruz Natural History Museum.

If elected, it would be her first political experience.

In the weeks leading up to her decision to run, Schwartz says she talked to students about their concerns, including those of campus safety. One student told her she was scared to go to school for three years and wanted a bullet-proof backpack to protect her.

Schwartz says she disagreed with the 2020 decision by the board to eliminate the School Resource Officer program, and says that having one on the Aptos High School campus might have prevented the fatal knife attack on a student in 2021.

The student responsible for that attack had a violent past of which school officials were unaware, she says, which should not have happened.

“To me I think that when you physically hurt someone, it is like one strike you’re out until you get some serious help,” she said. “And then it’s agreed that you can come back to campus.”

Part of that could be anger management classes for some, she says.

“I don’t think we should just let these kids go out on the street,” she said. “They need help.”

Schwartz also says she talked to teachers who spoke of shortages of educators that leaves some classes taught by unqualified teachers or long-term substitutes. Teachers also said they often feel unsupported in dealing with “problem students,” Schwartz said.

That support extends into classrooms, where most teachers spend their own money for classroom supplies, she said. One culinary arts teacher was given just $500 for supplies and ingredients for a single semester, she said.

One solution to these problems, she says, is to “get creative” in helping teachers stay with the district, including offering housing stipends or low-cost loans and partnering with local developers to use developer fees.

She would also revisit the district budget.

“Education is a top priority, and we need qualified teachers who are paid a living wage,” she said.

Schwartz points out that PVUSD students are lagging behind their peers in academic ratings.

Many, she says, experienced learning loss during the Covid-19 lockdown of 2020.

She says educators addressed this problem in part by lowering graduation requirements.

“This does no favor to the student, or the school that they plan to attend,” she said. “There is a learning loss and they are going to have to make it up somewhere.”

Schwartz has worked for the Santa Cruz County Office of Education in the special education department. She also taught a landscaping class there, and says many of her former students are still working in that industry.

Schwartz did not attend the Sept. 9 online candidate forum hosted by Pajaro Valley Federation of Teachers, during which teachers would vote on whom to support. She explained that she was “leery of unions” at the time, was looking to run a grassroots campaign and didn’t want to feel beholden to anyone.

“I wanted to do this on my own with the community and with parents,” she said.

She says she later shifted her opinion on unions, and later attended the online CSEA candidate forum a week later, when she received that union’s endorsement.

Schwartz says the undercurrent of politics that runs through the district—and more particularly the school board—do not concern her.

If elected, Schwartz says she would insist on fiscal transparency from the District, and would look for ways to improve campus safety.

She also hopes to create a review process for textbooks before they are brought into classrooms, making sure they focus on the “core subjects” such as language arts, science, math and social studies.

“Any books that will be required in the classroom also should be reviewed by a small group of teachers, parents and students,” she said. “I think we can all agree that the children are our future, and for them to succeed we must provide the best education we can.”

She said she was not referring to removing books with controversial subjects such as LGBTQ content, which she said is akin to book burning.

“If you’re in a library, we need to let young people read what’s real—what’s going on in the world,” she said.

An earlier version of this story incorrectly listed the location of the Emeril Lagasse Culinary Kitchen.