With several aging buildings in need of upgrades, and an ambitious list of projects on the drawing board, Cabrillo College administrators are hoping that voters will approve a $274.1 million bond measure on the March 3 ballot to pay for it all.

Measure R would place about $19 per assessed $100,000 value of homes on annual property tax bills. It needs a simple majority vote to pass.

See bit.ly/2vsGjdz for the full text of the measure, and www.cabrillo.edu/bond2020/ for the college’s description.

One of the largest projects on the college’s list is a public safety training center for the Watsonville campus, where law enforcement officials and firefighters could receive professional training. That project is estimated at $23 million.

The college also plans to spend $84 million on a new science building, $72.9 million to renovate the library on the Aptos campus, $17 million for technology upgrades and $60.7 million for a complete redesign of the student services department.

The college would also redesign some of its larger lecture spaces to hold more classrooms, thus increasing the number of high-demand classes it can offer.

A $310 million bond with a similar list of projects failed in 2016. The new comparatively smaller dollar amount and more comprehensive list of uses for the money were designed to make Measure R more palatable to voters.

“We didn’t want to do any of the preplanning work until we know that voters are in support of it,” said Cabrillo College President Matt Wetstein. “I don’t want to spend taxpayer dollars to do all the preplanning and say we don’t have the money to do the project.”

That Cabrillo is an important Santa Cruz County institution is not in question, says Kris Kirby, spokeswoman for the No on R campaign.

Instead, Kirby questions the amount of the bond, which she said will cost taxpayers $569 million by the time it is paid off in 2053.

She said she would support a pared-down version, which paid only for a new science building, and which lasted only 10 years.

“It’s too much money for too long,” she said. “They need to tone it down a lot.”

Kirby also pointed out that there are no exemptions for seniors, many of whom she said are already saddled with financial problems of their own.

She also questions why the college is asking homeowners to bear the brunt of supporting Cabrillo. She pointed to two bonds from 2004 that are still being paid off.

“Why is it that the property owners always have to pony up,” she said. “There comes a time when we have to say, ‘enough taxes, make do with what you have.’”

Wetstein points out that Cabrillo recently refinanced those older bonds, which then were issued at $118.5 million. That move will save taxpayers $29.5 million through 2039, Wetstein said.

“We didn’t want to go out and ask for a new bond without having taken care of the existing debt, and making sure we were taking advantage of the interest rates that exist right now,” he said.

Wetstein said the proposed projects were chosen to serve the greatest number of students. Cabrillo officials are now hoping that the college’s reputation as an education mainstay will help garner enough votes.

Some 80 percent of the people who work in hospitals, Wetstein said, are community college graduates, most of which come from Cabrillo. The same is true for dental hygienists and X-ray technicians, he said.

“We’re the workforce driver for some of those allied health careers,” he said. “We’re also the supplier of the workforce for a lot of the small businesses that depend on our students and our grads.”

But even those who have not attended the college likely know someone who has, Wetstein said.

He also said that bolstering Cabrillo can, in turn, boost property values countywide.

“Having a good community college means that we’re producing graduates – and people who are going into the workforce – to support the community in a very broad way and a very diverse way,” he said. 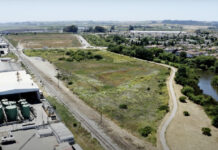 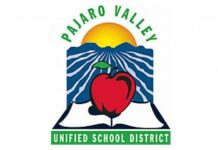 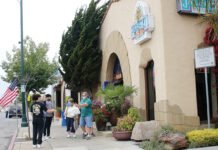